The arcane book is the most basic spellbook, with no level 3 spells, and no familiar. It is also the only free-player spellbook with offensive spells that cannot harm the caster.

Some spells do Arcane damage. This heals imps and the arcane tower, and doesn't damage the caster. Arcane spells/damage are not to be confused with arcane minions, which simply means the minions cannot be zombified.

Arcane Moderators like them mostly play free-for-all with 3 or more players will get in. They can pile these Arcane Moderators as they have very big advantage so piling is RECOMMENDED. Additionally, they are significantly weak to Book Of Seas. The reason is that their arcane fountain, initially, has the blast radius of the Paladin'sunder ability (although if it makes contact with any arcane tower it will certainly grow to a LOT more than just a mini-flash). As a result, it is nearly impossible for them to hurt full seas when they combine a maelstrom cave with a waterlord cave, as the mods cannot use arcane to hurt arcane tower, and the full seas is out of reach of arcane fountain. therefore, most mods either don't let the full seas make their cave (sit on them whilst stuffing arrows in their skull), they forbid seas from their games, or they get smart and use the basic fireball, and sometimes the ice ball, to remove arcane tower. 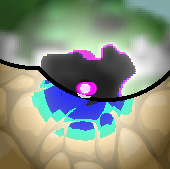