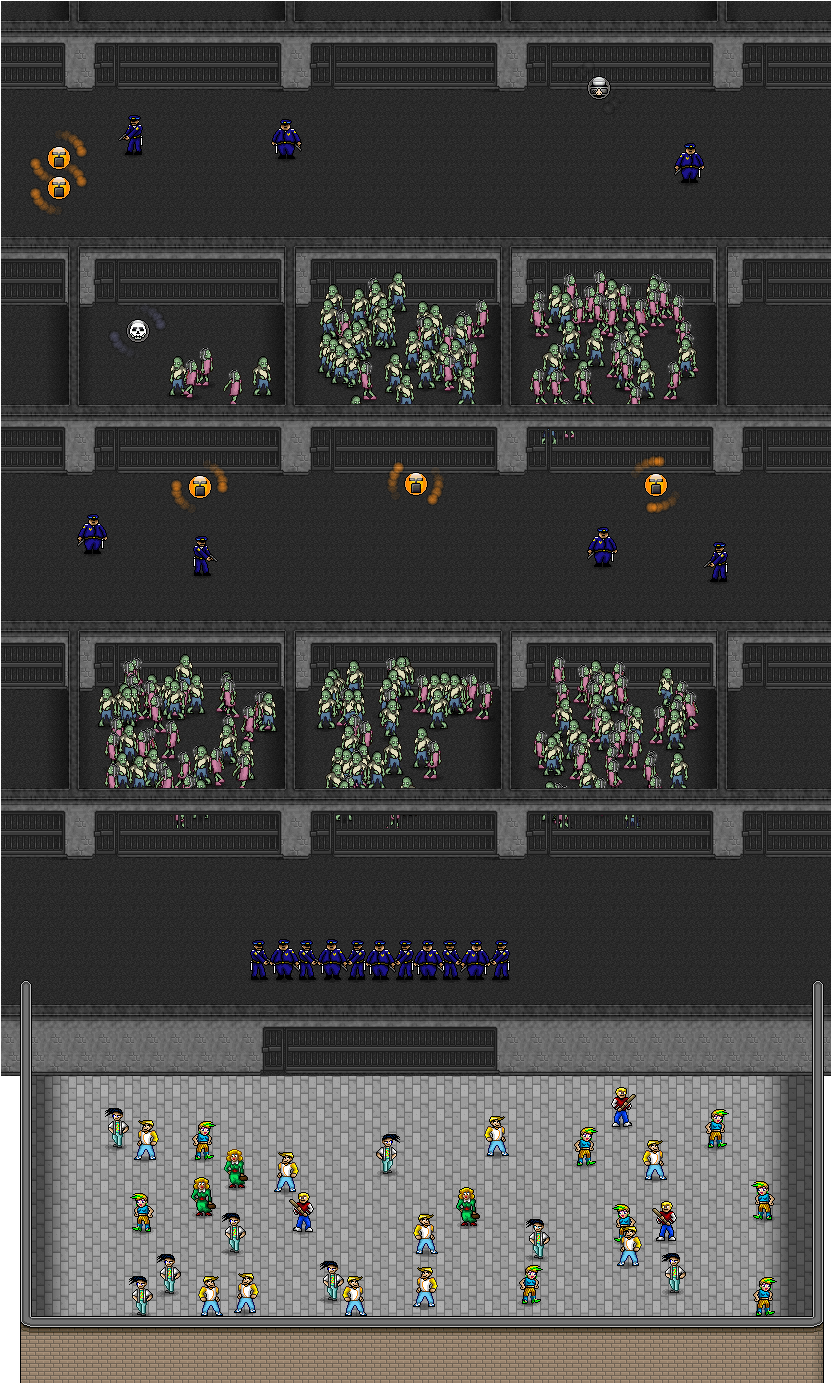 Note: This can be difficult to pull off without losing too many Zombies, and only skilled players who are good at multi-tasking should attempt this.

If you're willing to sacrifice a significant part of your horde, you can keep most of your horde near the jail cell to the right, and then have have a mid-sized, but just large enough to get to the gate group of Zombies move towards the policemen. As soon as the group is close enough to the gate to destroy it, quickly use the detonate powerup on a random Zombie from that group near the gate. This will knock a majority of the policemen unconscious for a brief moment. Now you will have to make sure to move fast or this will not work. As soon as you detonate a Zombie near the gate, press Ctrl-A on your keyboard to select the rest of your horde. Now click on the unconscious policemen. While your zombies are rushing in towards the policemen, you can have a small group of your Zombies break away from the rest and go into the [open] area at the bottom. This will allow you to assimilate some humans for 'reinforcement' while your other group of Zombies is assimilating the policemen. Make sure to keep an eye on your Zombies who are assimilating the policemen in case they regain consciousness. If done right, this can actually kill less Zombies than how many the policemen would've killed from beating the level the other way. Also, You can get some Zombies back (around as many as you lost from detonating near the gate) because it can additionally open the cell right above the area containing the humans.